In 2021, we wrote our first blog post on Pride looking at how it is not just a celebration but continues to be a fight for existence.

In this year’s post, we will focus a little more on the ‘T’ in the LGBTIQ+ (Lesbian Gay Bisexual Trans Intersex Queer +) acronym. This letter ‘T’ encompasses the wider community who identifies as transgender, or trans for short. This community sadly faces discrimination, scapegoating, violence, abuse, disapproval, and other such negative actions that are beyond reason. Trans people and their rights are not only commonly overlooked within the LBGTIQ+ community, they are also often fighting for their right to existence and autonomy across the world.

Despite the fact that trans people are excluded from a significant amount of LGBTIQ+ discourse, the history of Pride itself cannot be told completely without trans people. Even though widespread use of the identifying term (trans) itself is more recent, people who identified as transexual, transvestites or cross-dressers alike were at the heart of the Stonewall Inn Riots in 1969 and have never left the stage since then. In fact, trans people represented the outward visibility for LGBTIQ+ before that acronym too was formed. Various accounts of the Riots, which took place at the Stonewall Inn in the Greenwich Village neighbourhood of Lower Manhattan, New York City, highlighted how it was a cross-dresser’s plight at the hands of the police, and her challenge to onlookers that evening, that roused the crowd into action. Other trans leaders and elders, such as Marsha P. Johnson, Sylvia Rivera and Leslie Feinberg, played pivotal leadership and organising roles in the advocacy and fight for all LGBTIQ+ rights. Trans people have always been there side-by-side with the rest of the LGBTIQ+ community in its fights, yet have unevenly shared in the highs and been subjected to greater lows, being left behind for most of the progress gained by the community.

The word ‘trans’ identifies a diverse community, encompassing a wide range of gender identities. At its core, the word signifies that a person identifies differently to the gender they were assigned at birth – usually, but not always, a binary designation of male or female. Due to lack of media representation and comprehensive education on the topic, most people from outside the community understand trans people to be the other binary gender than the one assigned to them at birth. In other words, they are most familiar with male to female (“mtf”) or female to male (“ftm”) trans people. A trans person’s identity can go beyond their transition, however, and need not include hormonal or medical intervention to be valid. There is a complexity to how an individual’s gender interacts with cultural and societal norms and expectations around it. Trans people have always been around and a significant number of cultures actually acknowledge a number of genders beyond the binary two more frequently accepted in white, colonial cultures. The fact that many do not understand and have even been culturally taught to fear and loathe trans people, even with their increased visibility in mainstream culture, is currently fueling a reactionary public climate that seeks to erase trans people and strip away their rights.

A UK government survey in 2017 found a “higher prevalence of mental health issues amongst Lesbian, Gay, Bisexual and Trans people than the general population in the UK. However, this figure was higher for trans people (30% for trans women, 40% for trans men and 37% for non-binary people) and cisgender bisexual people (29%)”. A significant number of other studies attribute this high incidence of mental health issues to the high level of violence, discrimination, lack of acceptance and stigma that trans people face on a daily basis. These negative experiences can occur at home, in the workplace and in other social or public spaces.

Another poignant report by the Stonewall charity in 2018 found that “one in eight trans employees (12 per cent) have been physically attacked by a colleague or customer in the last year”, demonstrating how commonly widespread violence against trans individuals is. Where cisgender people, that is, those who identify with the gender assigned to them at their birth and are therefore not trans, can expect safety from their colleagues and customers while in their working environments, those who do not fit public expectations of gender presentations regularly suffer from hostile environments. While the studies presented are UK statistics, studies in other countries have found similar rates of violence and discrimination against trans people, as well as the resulting prevalence of mental health issues. In many countries, where state-sanctioned homophobia, biphobia and transphobia persist through laws and government policies, these numbers are likely higher. As mentioned earlier, the higher visibility of trans people in the public eye has led in some cases to a recent reactionary rise in disapproval and stigma directed at trans and intersex people, with sports being a perfect example of where this plays out. Some call it a cultural war, but what is at stake is the wellbeing and rights of human beings. When it comes to the trans community, they need now, more than ever, the support of cisgender allies as they fight for things many of us take for granted, such as the ability to use amenities in public places and have access to life-saving, gender-affirming therapies and healthcare.

As a community, it would be hypocritical for others including those under the LGBTIQ+ umbrella to turn away and gloss over these critical matters of our time. At a time when corporations and the state are getting involved in people’s lives and offering only lip service to the trans community, we need to stand together to defend our trans siblings. The plight of one in our society affects everyone else. “No one is free until everyone is.” - Fannie Lou Hamer

We believe that workplaces should be spaces where people are welcomed based on skills, and as such treated with dignity regardless of differences. Trans people can contribute to enriching our world if allowed to flourish; attacking them, conversely, debilitates us all. 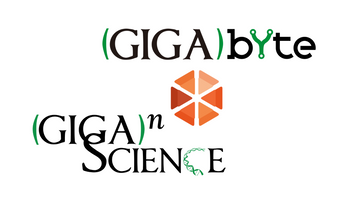